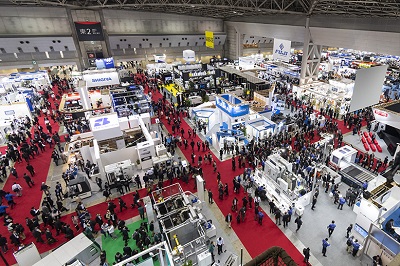 The cancellation of the machine tool fair “JIMTOF2020” scheduled to be held in December 2020 announced on the official website. JIMTOF2020 was scheduled to be held at Tokyo Big Sight for 7 days from 7th to 12th of  December 2020, but due to the postponement of the Tokyo Olympic and Paralympic Games caused by pandemic of COVID-19, it was not possible to secure the exhibition venue as planned, so it was decided to cancel the event.

Tokyo Big Sight was planned to be used as International Broadcasting Center（IBC）and Main Press Center（MPC）at the Tokyo Olympic and Paralympic Games 2020 scheduled to be held in July 2020. However, due to the postponement of the Tokyo Olympic and Paralympic Games being held in 2021, the use of IBC, which is currently being prepared in the East Exhibition Hall, will be extended.

EMO2019: What strategies Japanese FA builders took for the European market where labor shortage is severe？（1/2）