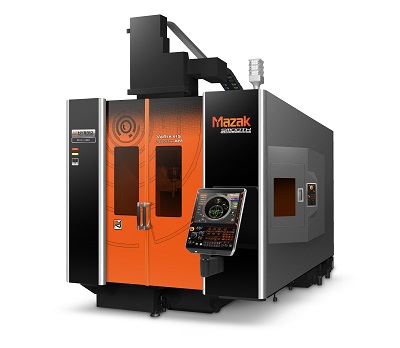 The machine is equipped with three high-brightness blue semiconductor laser heads with an output of 200 W, and will coat the copper on the stainless steel and aluminum more than 6 times faster than conventional  technologies.

Since the power density at the concentration spot of the laser has also been increased by 6 times compared to conventional one, it has enables multilayer coating which was difficult before. It is possible to coat parts with complicated shapes since the function of simultaneous 5-axis control was adopted on the machine.

Copper has high thermal and electrical conductivities, and is expected to be used in fields such as aerospace and electric vehicles, which require highly accurate machining. Copper also has the effect of sterilizing and antibacterial and inactivating viruses. By coating the handrails with copper, users can reduce the risk of infection with viruses.

The four members of the project team will further enhance the brightness of the blue semiconductor laser.

Yamazaki Mazak plans to develop a hybrid multi-tasking AM machine that can coat copper at a speed 10 times faster than conventional one and launch it in 2021.

It is good compatibility with automation system