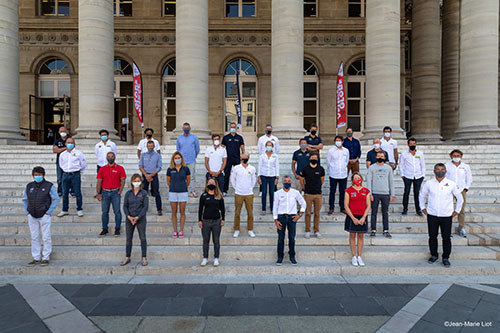 DMG MORI announced that DMG MORI SAILING TEAM would participate in the “Vendée Globe 2020-2021”, a solo, non-stop, round-the-world yacht race without assistance, which will start on November 8, 2020.

The starting point of the race is Les Sables-d’Olonne, France, and the team will take about 70-80 days to go around the world and return to its starting point. The travelled distance is 21638 miles and 33 teams are scheduled to compete in the race.

The press conference of the Vendée Globe 2020-2021 took place on September 17th in Paris.

Mr. Kojiro Shiraishi（Photo: Mr. Shiraishi in the front line, right end）, who is the skipper of the team, said, “I am quite honored that I can participate in the Vendée Globe again and be on the same stage with such prestigious sailors. The Vendée Globe is an extremely tough race where almost half the contestants drops out before reaching the goal. Our goal remains unchanged: to be the first Asian to cross the finish line. We will do our best for the team, sponsors and fans.” 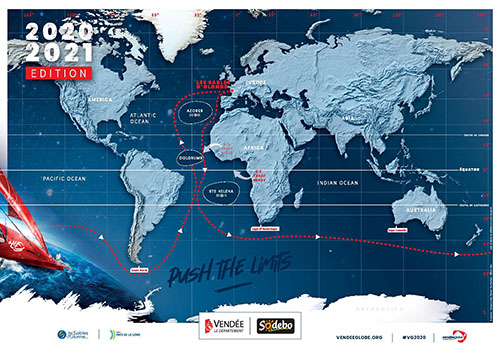