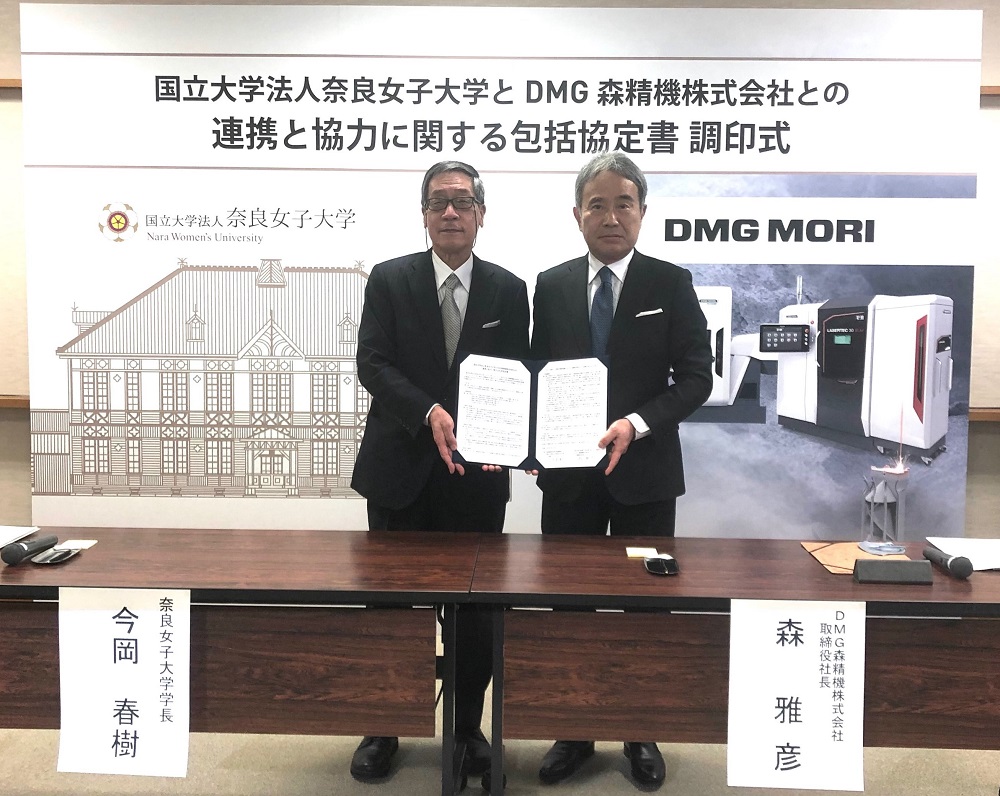 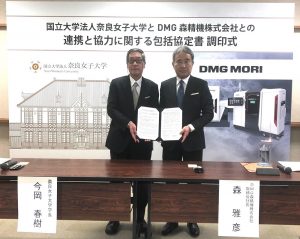 Signing ceremony of a comprehensive agreement on collaboration and cooperation between Nara Women’s University and DMG MORI.

DMG MORI will support the development of women in engineering by providing practical training at its Nara Product Development Center, which will open this summer, dispatching instructors and proposing a curriculum that utilizes machining center technology.

DMG MORI has also signed an agreement with the NWU Faculty of Engineering to acquire the naming rights to H Hall of the general research building and name it the “DMG MORI Hall” for 10 years from 1 April 2022.

According to a survey by Organization for Economic Co-operation and Development (OECD), Japan has the lowest percentage of women to choose engineering as hers major at universities and other institutions of higher education among the countries surveyed. With a shortage of human resources in science fields in Japan, DMG MORI will contribute to raising the level of Japan’s technological capabilities by creating an educational environment.