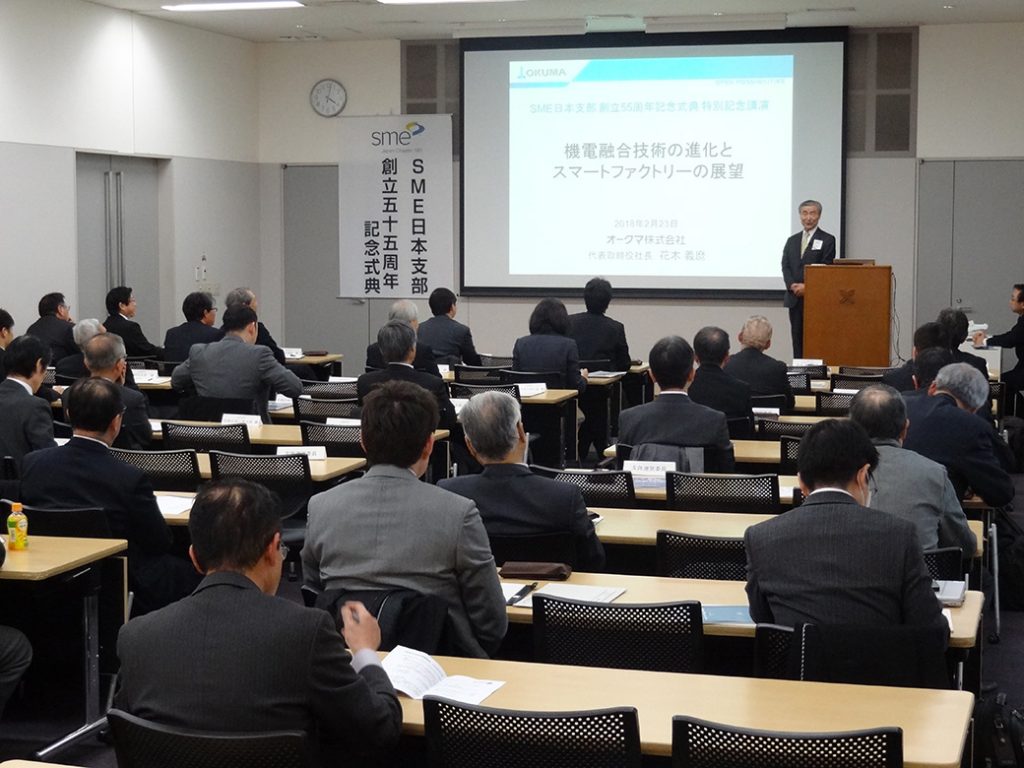 On February 23, 2018, the Japanese Branch of the Society of Manufacturing Engineers (SME) held a ceremony commemorating the 55th anniversary of its founding at the Hiyoshi campus of Keio University in Yokohama city.

On behalf of the guest, Ryuichi Kataoka, the director of the trade and industry machinery division, ministry of economy, trade and industry, expressed his congratulations, “we hope that the SME-Japan Branch, which can cooperate with academic relations, will contribute to the response to changes in the world.”

A number of contributors were awarded.  Thanksgiving from the branches gave the participants a warm applause.

President Hanaki, who was awarded the “Eli Whitney Productivity Award” in fiscal 2017 by the SME Headquarters to evaluate the outstanding performance of the manufacturing industry, spoke of the company’s history of developing the world-first practical CNC, which is also the reason for the award.

He also explained the importance of smart factories and attracted a great deal of interest from participants.