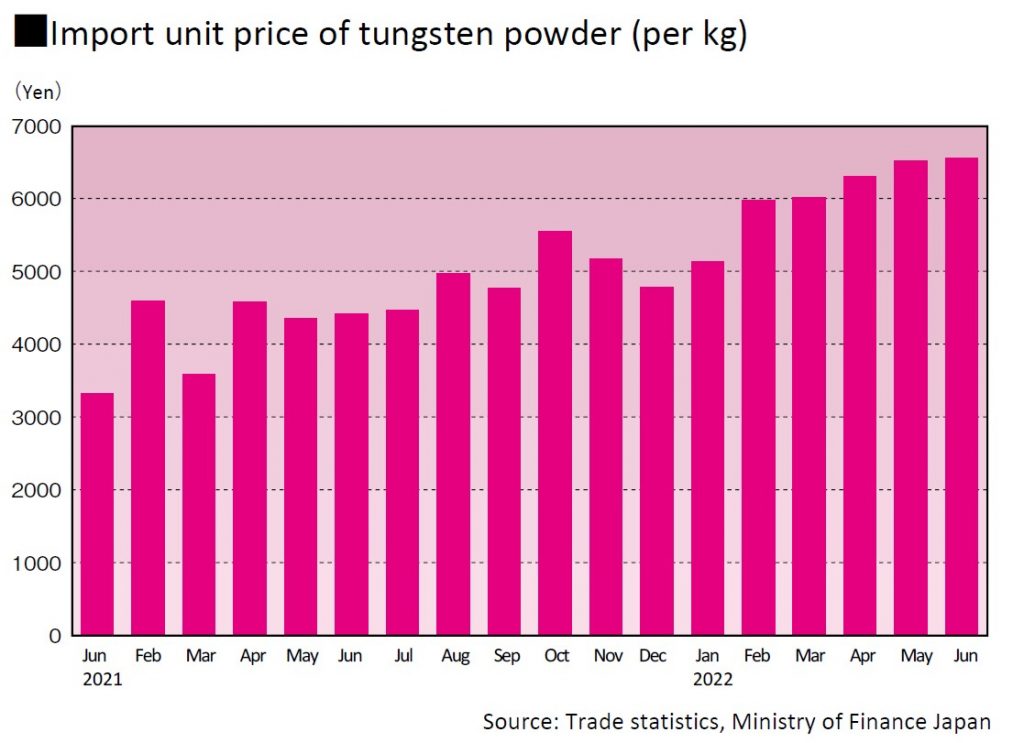 Cutting tool manufacturers in Japan have decided to raise the prices of their products.

Mitsubishi Materials will raise domestic prices of its carbide and high-speed steel (HSS) tools by 5% to 25%, effective from orders received on October 1, 2022. Sandvik will also raise domestic prices by about 10%, mainly for insert tips and holders, from orders received on October 1 this year. Other major and medium-sized cutting tool manufacturers one after another have announced that they will revise their product prices from June to August (=table).

Behind the price hikes by cutting tool manufacturers are soaring prices of tungsten and cobalt, which are raw materials for tools, as well as rising steel prices, logistics costs, and energy prices. According to trade statistics from Ministry of Finance Japan, the import price per kg of tungsten powder has been increasing steadily since last year, and the import price in June of this year increased significantly to 6,557 yen, up 48.4% from the same period last year.

Since manufacturers were unable to cover these price hikes with their efforts, such as cost reductions or business efficiency, they have decided to raise prices one after another.