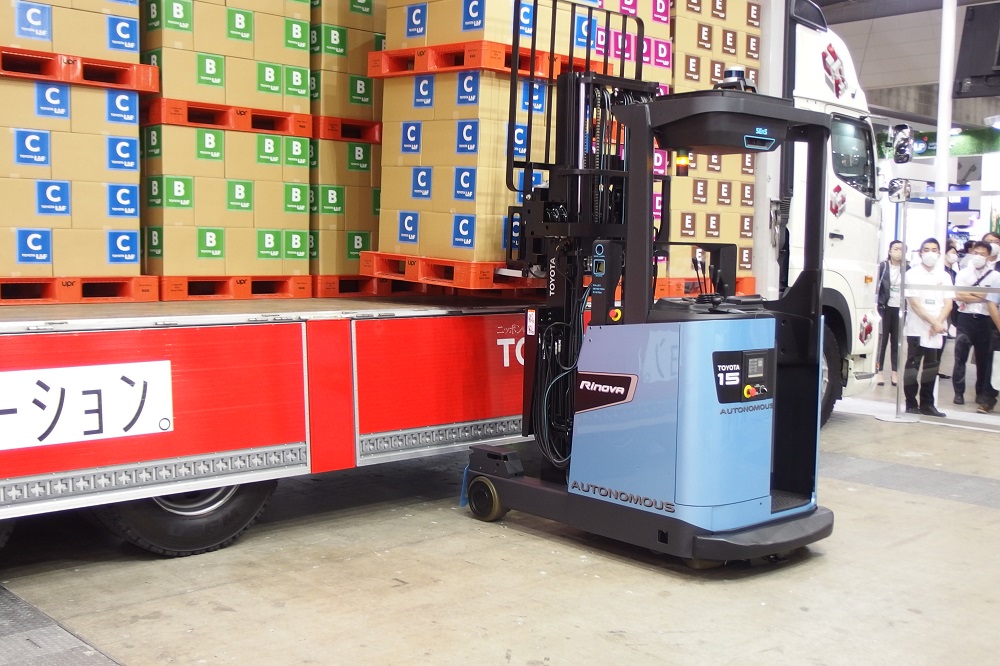 One of the largest logistics trade shows in Asia, “Logis-Tech Tokyo 2022,” was held at Tokyo Big Sight in Tokyo for four days from September 13 to 16. The show was the largest ever held with 526 companies and 2,597 booths, exhibiting a wide range of logistics-related products and services.

TOYOTA INDUSTRIES TOYOTA L&F presented its unmanned forklift (=photo), which can automatically load and unload trucks. OKAMURA exhibited a robot automated warehouse manufactured by AutoStore in Norway, for which the company serves as an authorized distributor, as well as its self-developed “ORV,” an autonomous mobile robot capable of transporting baskets of vehicles. IHI Logistics & Machinery exhibited a picking system made by Exotec in France, in which a picking robot moves not only horizontally but also vertically between shelves.

Mr. Hiroshi Geshiro, Chairman of The Japan Institute of Material Handling (President of Daifuku), one of the sponsoring organizations, said, “This is the first time in four years that we have held the international logistics exhibition in Tokyo. We are pleased to be able to present all the solutions that have evolved so much during those missing years.”