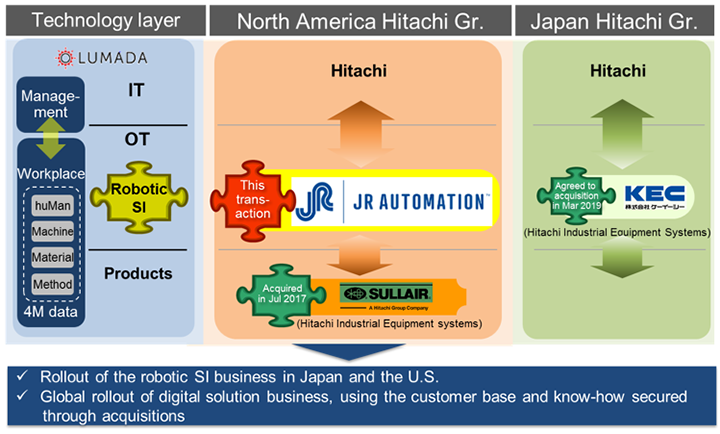 Hitachi and Crestview Partners, a U.S. investor, signed an agreement on April 23, 2019 that Hitachi would acquire the System Integration (SI) business of JR Automation Technologies, an affiliated corporation of the Crestview Partners.

The acquisition price for JR Automation is US$ 1,425 million and the acquisition is expected to be executed by the end of 2019. This is the start of entering robotic SI business in North America for Hitachi.

JR Automation has been involved in robot SI business worldwide, mainly in North America since its founding in 1980. It has a track record in a wide range of industries, including automobiles, aircraft, and medical equipment, and can cope with the automation of various processes, such as transportation, welding, and assembly. Hitachi aims to globalize its robot SI business by utilizing its technologies and products.