The performance of each FA company was also negatively affected due to the economic slowdown. STAR MICRONICS changed the end of the fiscal period to December, and TRUSCO NAKAYAMA moved to consolidated financial statements. Of the 32 companies excluding these two, 19 companies recorded a decline in sales and profits. Two companies fell into the red, and Q1（4-6）was sluggish. 7 companies increased sales and profits.

The influence of trade friction between the US and China caused machine tool users in Japan and overseas to find out their capital investment and the performance of machine tool manufacturers also deteriorated.

Especially, foreign demand was sluggish. Okuma analyzes that the US market has slowed gently and the European market has continued to weaken. Demand has also dropped significantly in the Chinese market. Okamoto Machine Tool Works exceeded domestic sales of previous year because there were order backlogs of the previous fiscal year. However, the company did not perform well in sales for the US, Europe, and China and fell below the previous year.

The same tendency was seen for forming machines. The sales of AIDA ENGINEERING declined because the sales of press machines for automobiles overseas decreased.

Peripheral and trading companies were weak

The performance of peripheral equipment and trading companies was also weak. The FA business division of FANUC, which handles NC equipment, recorded a significant decrease in sales. The reason is that the demand for the machine tool industry of major customers has declined both in Japan and overseas.

NIPPON THOMPSON also stated that the users including semiconductor equipment, machine tool, precision machine and other industries restrained capital investment and its sales decreased. Cominix, which handles tools for machine, also analyzes that proactive sales were promoted through technical centers, but the business performance was sluggish due to the harsh business environment in the machine tool industry.

Besides, many companies expected that the harsh business environment would continue in the future due to the uncertainty of trade friction between the US and China although the full-year forecasts remain unchanged.

However, Yamazen expected that automation demand would be firm and willingness to invest in robots will remain strong. Yamazen mentioned that the demand for new equipment related to next-generation communication standards (5G) will be created. 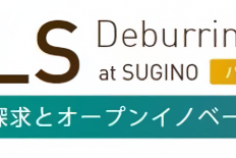