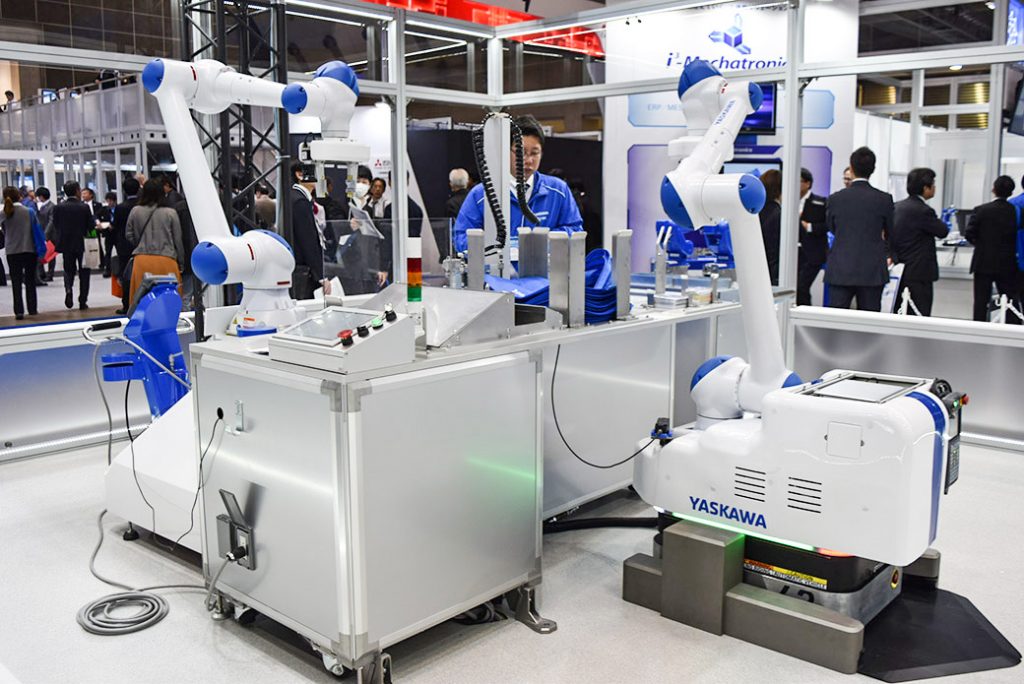 With the growing need for factory automation, the demand for robots in factories is rapidly growing. However, in order for robots to be used safely, proper safety measures and teaching operations must be in place in the facility. This issue has become a key barrier to adopt robots for users.

In response to this problem, many industrial robot manufacturers focus on proposals that emphasize “ease-of-use” through robotics. These proposals include collaborative robots, which do not require safety fences and more efficient teaching, so that customers can easily introduce robots into their existing systems.

Nachi-Fujikoshi showed off robots, which enables production lines change with its flexibility. The company exhibited the collaborative robots “CZ10” as a reference product. This robot is equipped with an original “direct teaching function” and appeal to users for ease of use.

Fanuc demonstrated “QSSP”, a green collaborative robot, as well as “CR-7iA/L” and ROBODRILL, automation packaging proposals for “QSSP”. It is designed to automate various processes related to small-scale production.