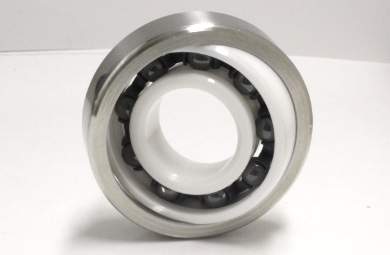 JTEKT announced on March 11, 2020 that it has developed the “coro guard pro bearing-ZO” of EXSEV series of special environmental bearings for optical film manufacturing equipment. The bearing material was changed from conventional stainless steel to zirconia, which has the highly corrosion resistance among ceramics. As a result, the replacement time of the bearing has been extended from one to two months to six months, that means the life of the bearing has been extended. Further, since the impact resistance of the bearing is improved, the bearing can be continuously used without being damaged even when a device trouble such as a film break occurs. JTEKT has already started producing the item and expect annual sales of 20 million yen.