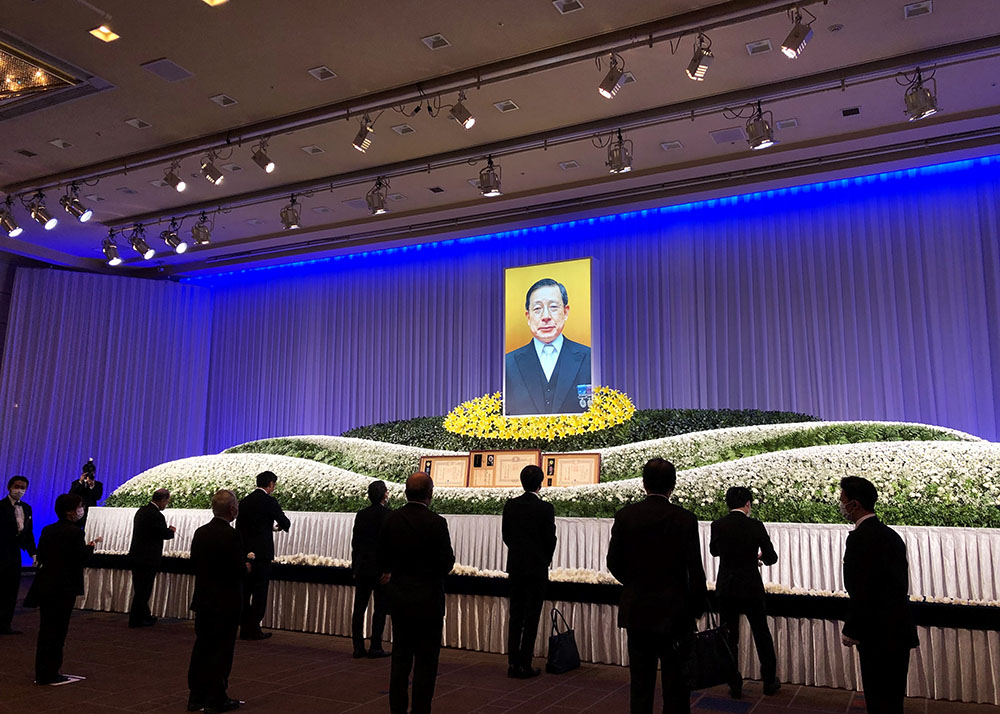 A memorial meeting for FANUC founder Dr. Seiuemon Inaba was held at the Imperial Hotel in Chiyoda Ward, Tokyo on October 29, 2021. Dr. Inaba passed away on October 2, 2020 at the age of 95.

More than 1,400 people offered flowers and pay their respects to the deceased Dr. Inaba’s great achievement. At the venue, photos of Dr. Inaba from his childhood with its explanations, as well as the history of FANUC’s product development were displayed in chronological order. Many of the participants were able to relive the footsteps of the deceased and think about the modern Japanese FA history, as if they felt satisfied with a historical picture scroll.

Dr. Inaba graduated from the Tokyo Imperial University of current Tokyo University in 1946. In 1964, Dr. Inaba joined Fuji Tsushinki Manufacturing, which turned to be Fujitsu now. He was the first Japanese leader to take initiatives of the NC equipment development for machine tools. Dr. Inaba moved as managing director in FUJITSU FANUC in 1972 when FUJITSU FANUC separated from Fujitsu.