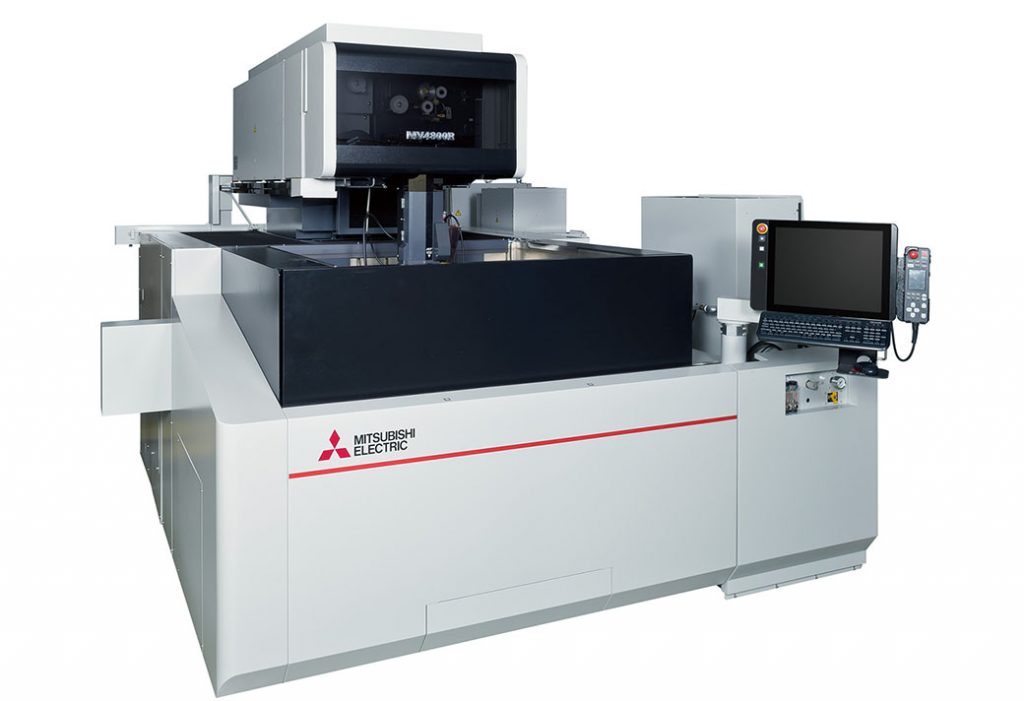 Wire-cut Electrical Discharge Machine “MV4800R” was released on April 17, 2019, and increased productivity by the improvement of thermal power supply control.

In recent years, plastic moldings used in heavy electricity and airplane parts have become large and complex shapes, and demand for wire-cut electrical discharge machines to machine large parts and mold has increased. Besides, it is necessary to enhance productivity, machining accuracy, and reliability of long-term automatic operation.

Therefore, the company has improved thermal power supply control and improved productivity by increasing the machining speed per part by up to 20% compared to conventional product.

The numerical control system “D-CUBES” launched by Mitsubishi Electric in 2016 was also installed as a standard. It is easy to operate by enlarging the screen to 19 inches and adding a function for setting the number of times of machining.