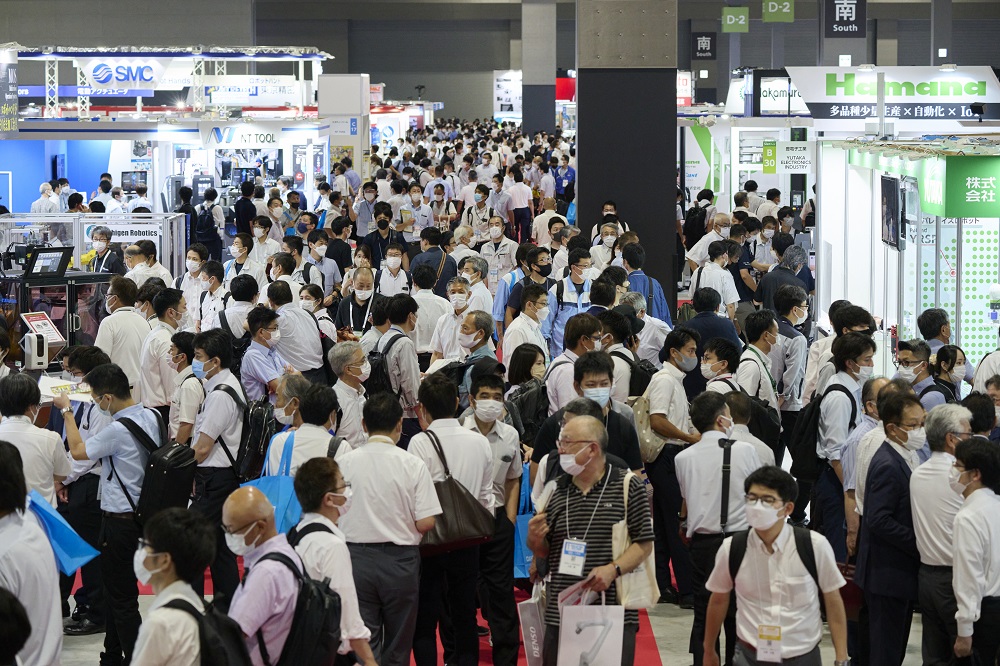 1. New Plants One after Another 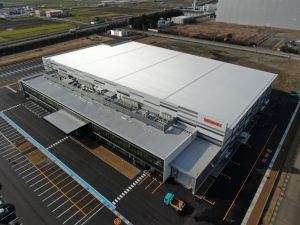 Following the strong growth in machine tool orders reported by Japan Machine Tool Builders’ Association (JMTBA), machine tool builders announced new or expanded plants one after another this year, continuing the trend from 2021.

In February, Takamatsu Machinery held a completion ceremony for its new flagship production base, Asahi Plant. Citizen Machinery also began construction of a new precision machining plant on its headquarters’ premises in April. Companies are also actively expanding their production capacity in China, such as Sodick’s plant in Xiamen and NIDEC Machinetool’s plant in Pinghu City. 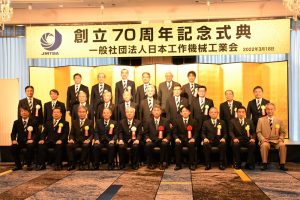 Recognition of JMTBA members and academics who have made significant contributions to the development of the industry.

JMTBA, founded in 1951, celebrated its 70th anniversary in 2021. Since the commemorative events could not be held last year due to the pandemic, the 70th anniversary celebration was held this year. A commemoration ceremony was held in March 2022, and Chairman Dr. Yoshiharu Inaba (Chairman of FANUC) stated, “We aim to further develop the industry by promoting technological development based on the three keywords: green, digital, and resilience”. At the ceremony, members and academics who have made significant contributions to the development of the industry were honored with awards.

The “Machine Tool Industry Vision 2030” was also compiled in 2022, outlining the direction the Japanese industry should take in the future.

3. “With Corona” becomes the new norm 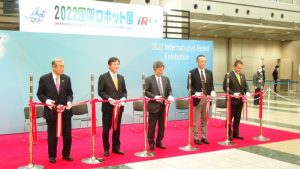 FA-related associations held a series of general meetings from May to June 2022. While most of them were held online in 2020 and 2021 due to the pandemic, there were a remarkable number of organizations that returned to a face-to-face meeting this year. While taking infection control measures, reception parties were also held after the general meetings, and in-person interactions among members returned. Kenji Yamaguchi, chairman of the Japan Robot Association (president and CEO of Fanuc), said, “Although the effects of COVID-19 remain, we are moving toward a ‘post-Corona’ society. The global economy is also showing a steady recovery”.

Various other events were also back in business, such as the Intermold in Osaka and Nagoya.

4. RTJ held for the first time in Aichi 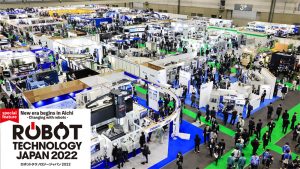 News Digest Publishing, which runs SEISANZAI Japan, held “ROBOT TECHNOLOGY JAPAN 2022,” an exhibition specializing in robotics and automation system, for the first time from June 30 to July 2, 2022. With 1,096 booths from 202 companies and organizations, it was the second-largest robot and automation exhibition in Japan after the International Robot Exhibition (iREX) in Tokyo, and the largest in the Chubu region. The venue was filled with visitors from the opening day, with 41,880 people visiting the exhibition over the three days.

JMTBA expects the amount of orders received this year to be quite high. Orders received through 2022 totaled 1,619 billion yen as of the end of November. Both domestic and foreign demand were strong, with a 15.5% increase over the same period last year.

The full-year forecast for orders, which was revised upward in September, is 1,750 billion yen. If the annual order forecast is achieved, it will be the second-highest level ever, following 2018’s 1,815 billion yen. 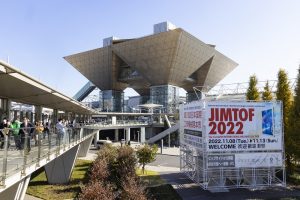 The Japan International Machine Tool Fair (JIMTOF), the largest event in the machine tool industry to be held in Japan for six days from November 8 to 13, 2022, was held at Tokyo Big Sight in Tokyo, Japan, in person for the first time in four years. The scale of the event was the largest ever held. The number of visitors was 114,158 people with no overlap and 141,948 people with overlap. In terms of the number of visitors, there were fewer than before the pandemic, but the venue was filled with excitement and intense business discussions took place.